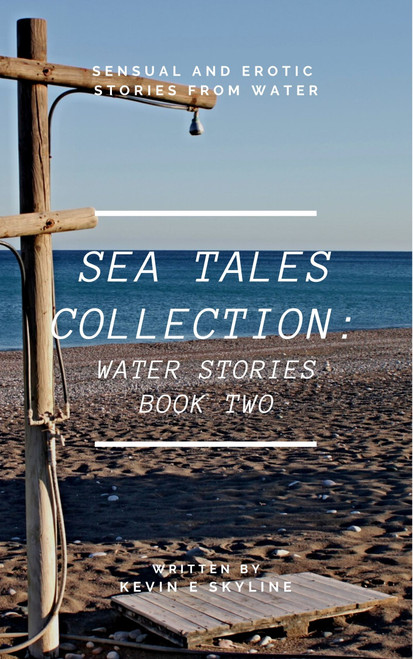 This is the second collection of stories from guest submissions of their experiences at the Sea Tails Inn, a boutique Inn on the Central Gulf Coast of Florida.  The Inn was built in the 1960s and seems to thrive off of the guest thoughts and leaves them restored.  This book consists of 7 short stories only related by the person staying at the Inn as a guest.

Andre, an exhibitionist, and thrill seeker arrived at the beach early one morning, decides to take an early morning skinny dip, and lost track of time. Upon exiting the water, loses his balance, and meets Amy as he fell in the sand next to her blanket.  Almost caught by beach patrol, Andre and Amy flee to the Sea Tails Inn for the afternoon. Andre’s friend Ken joins for some bro time. Andre is paranoid of being caught as the “blurry one on the beach with the great shadow” in the picture, so he left quickly to return to Orlando … because in a small-town eyes are everywhere.

Kai, a Hawaiian native, comes to Florida to interview for a job at a power plant post college graduation.  He meets up with Landon, a college professor, who has been communicating via an internet dating app.  They spend a weekend at the Inn and enjoy dessert with Mr. Bill.

Ace, a freshman in college, Comes to Florida for spring break.  He is shy and prefers self-pleasure to interacting with others but loves for others to watch him.  Even more so, to be outdoors in the rain with and audience. Rainy sex on the beach with his girlfriend and brief interaction with Ranger Jack causes some unusual emotion.

Zane wakes up in a sling and finds he has spent the night on the pool deck.  The webbing of the sling and due reminds him of being caught in a web. Rolf, Zane’s close friend, has the remote control to Zane’s new toy and is letting Zane experience it fully before showering off and enjoying a day by the pool.

Ian, a 30-year-old photographer, is at the Sea Tales Inn for his birthday.  As he receives the treasure from the Inn, he has a fantasy of being able to capture himself having sex with others as a birthday present. He received a special treasure box as a gift from the Inn to keep the memories alive. At his passing years later, his 30-year-old nephew inherits Ian’s beach condo and the tradition of the treasure box is passed on even though the Inn no longer exists.

Chandler, a good ol’ Georgia boy, and Reggie, a Miami native living in Gainesville, along with 6 others head out on the boat Aphrodite for a full experience excursion including helping out with daily duties on the boat. Leaving from Ft Myers with stops in the Bahamas and Key West, this 4-day cruise leaves both sexually satisfied. After an issue with Reggie’s car, they both end up spending the night at the Sea Tales Inn and reliving the ship incident. “It’s not gay, it’s just bros helping bros”.

Ben and Charley, identical 28-year-old twins, attend a cuddle party in Cape Coral and end up leaving early because the rules were not followed. On their way back to Ocala, they stop at the Sea Tales Inn for the night. Memories of the cuddle party and the unfortunate events at the party are relived and they end up cuddling through the night with another person needing non-sexual human touch.

The Wood Worker: Book 1 – The Sawhorse

The Wood Worker: Book 1 – The Sawhorse

The Eligible Receiver - A Football Fantasy

Nailed By The Repairman