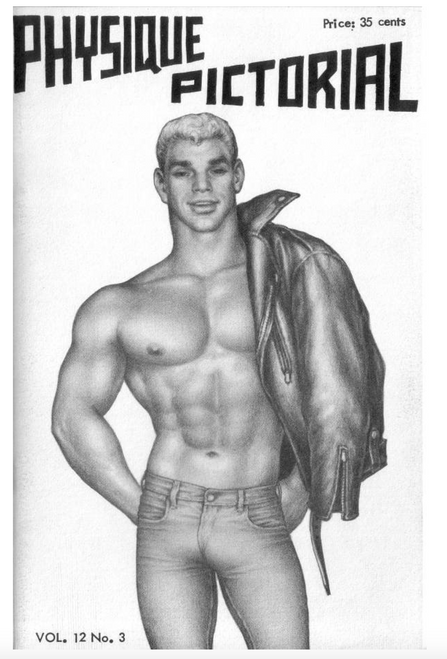 Physique Pictorial is an American magazine, one of the leading beefcake magazines of the mid-20th century. During its run from 1951 to 1990 as a quarterly publication, it exemplified the use of bodybuilding culture and classical art figure posing as a cover for homoerotic male images and to evade charges of obscenity. The pages of Physique Pictorial primarily featured the photography of Bob Mizer, who also served the magazine’s publisher and editor, consisting of black and white photos of athletic young men, either nude or nearly so.

The magazine also served as a venue for homoerotic artists including Touko Laaksonen (as Tom of Finland), George Quaintance, and Dom Orejudos (as "Etienne"), and was a predecessor to later overtly homosexual publications.

Physique Pictorial was published in Los Angeles by Mizer's Athletic Model Guild, an ersatz modeling agency that provided cover for the publishing of the magazine, and the sale of photographs and film strips which could be purchased through the magazine.