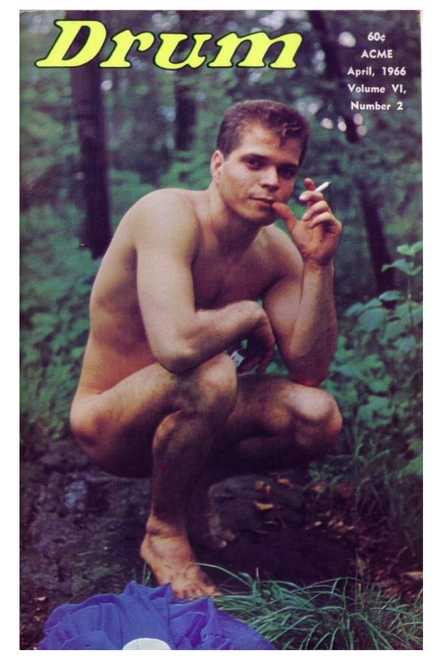 Drum was an American gay men’s culture and news magazine published monthly in Philadelphia, Pennsylvania featuring homoerotic photographs as well as news, book reviews, editorials, and fiction. It was published (usually monthly) beginning in October 1964 by the homophile activist group the Janus Society as a continuation of the group's monthly newsletter. Edited by Clark Polak, the president of the Janus Society, the magazine represented Polak's radical approach to the homophile movement by emphasizing sexual liberation when other homophile organizations were focused on assimilating with straight society.

The magazine's title was inspired by a quote from Walden by Henry David Thoreau that appeared in every edition: "If a man does not keep pace with his companions, perhaps it is because he hears the beat of a different drummer.